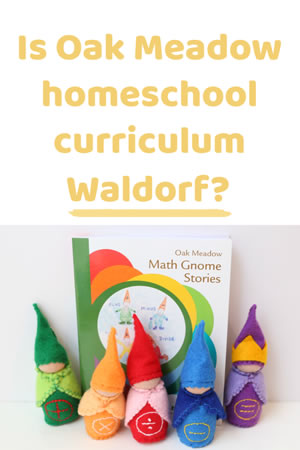 Click to view a PDF version of this article

Since its inception, Oak Meadow has been strongly influenced by Waldorf education. In 1973, I spent a year training as a Waldorf teacher, and it was one of the most transformative experiences of my life. When Oak Meadow began as a day school, I taught a class for three years using Waldorf principles and curriculum, and then I taught the first grade class at Garden City Waldorf School. The following year, my wife Bonnie and I started the Oak Meadow homeschooling program, and I wrote the Oak Meadow curriculum for grades 1–3 based upon my experiences with Waldorf education.

Over the years, however, Oak Meadow has adapted the Waldorf approach to meet the needs of homeschoolers, and this has caused some confusion among parents who are familiar with Waldorf. Is Oak Meadow a Waldorf curriculum? How does Oak Meadow differ from Waldorf?  Many of the adaptations Oak Meadow has made were driven by pragmatic needs rather than philosophical issues, but in a few areas we do diverge from the traditional Waldorf philosophy. Before we explore those areas of divergence, let’s look at the basic ideas of Waldorf education as it is practiced throughout the world.

Waldorf education is an approach to learning developed by Rudolf Steiner, an Austrian philosopher-scientist whose unique perspective contributed to a wide variety of fields, including medicine, agriculture, arts, architecture, religion, and education. Dr. Steiner became involved in K-12 education in 1919 at the request of Emil Molt, the owner of the Waldorf-Astoria cigarette factory in Stuttgart, Germany, who wanted Steiner to develop a school for the children of the factory workers. Working with a small group of teachers, Steiner developed a unique approach to education that emphasized the developmental stages of childhood, emphasized the role of the teacher, and integrated the arts into every aspect of the curriculum. The Waldorf School in Stuttgart became a great success, and Waldorf education rapidly spread to other countries throughout the world.

Perhaps one of the most unique aspects of the Waldorf philosophy is that it recognizes the essential spiritual nature within each human being. Although Waldorf schools are not directly associated with any specific religious organization, this spiritual element is an integral part of Waldorf pedagogy. This element is incorporated through the use of fairy tales, legends, and myths that speak to the divine spark within all humanity; through music, art, and dance that open the heart to the beauty of creation; and through the loving respect that the teacher brings to the learning process itself. Waldorf education seeks to instill within students a sense of wonder and reverence for all creation. 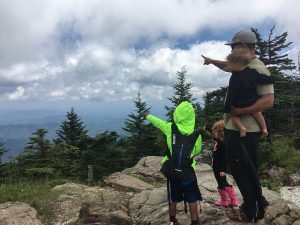 The Developmental Stages of Childhood

Steiner viewed human beings as consisting of three spheres of activity — the head, the heart, and the will — which are expressed through thoughts, feelings, and physical actions. To educate children to be complete and balanced human beings, we must attend to the needs of all three aspects. From the Waldorf perspective, attaining knowledge is one purpose of the learning process, but just as important — and perhaps even more important — is to educate the heart and the will of the child, so that knowledge is joined with compassion and action.

This threefold nature of the child is mirrored in the developmental stages of childhood, and education is most effective when it approaches the child through the attributes of each developmental stage. These stages are based on observable phenomena in a child’s life. According to Steiner, the first stage begins at birth and continues until about age 6 or 7, when the child’s permanent teeth begin to emerge (called the “change of teeth” in Waldorf circles). During this stage the will, expressing itself through physical growth and movement, is the predominant force in the child’s life. The second stage progresses through the onset of puberty, with the focus upon the child’s emotional nature. In the third stage, the faculty of thinking predominates, and the teen begins to explore the world of thought and become an independent human being.

First, we modified the scope and sequence of the curriculum to align it more closely with public schools. This made it easier for students to transition between public school and homeschooling. It also made it easier for parents to satisfy state requirements for homeschooling. At the same time, we retained the emphasis on experiential and artistic activities that are inherent in Waldorf education.

Introducing Letters and Numbers in Kindergarten 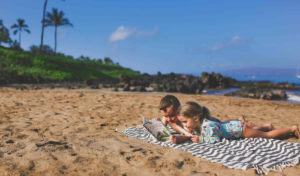 Another change was to begin teaching the alphabet and numbers in kindergarten rather than waiting until first grade. This decision was based on the recognition that children already were learning on their own from television, billboards, and street signs, and they were asking their parents to teach them how to read. Families wanted a curriculum that would enable them to bring to their children a deeper understanding of the letters and numbers without pushing them into first grade too early. We developed the kindergarten curriculum to give children an age-appropriate context for learning the alphabet and numbers.

The Waldorf curriculum emphasizes the value of fairy tales, myths, fables, and legends in teaching children moral principles. In this context, the Christian saints, such as St. Francis and St. Christopher, were studied in the second grade, and the stories of the Old Testament of the Bible were presented in the third grade. The intention in each of these cases is not to indoctrinate children in Christian teachings, but to provide inspiration and moral guidance through the medium of storytelling.

We followed this sequence in the first Oak Meadow curriculum, but we soon realized that homeschooling parents had very different ideas about the role of curriculum in their lives. Some parents were open to reading to their children stories about saints or stories from the Old Testament, but most parents felt we were trying to force specific religious teachings upon them, and they resented this intrusion into their lives. After considering this position for a few years, we decided that it was not our role to provide children with moral teachings that were identified with a specific religion, and we eliminated from the Oak Meadow curriculum stories that had specific Christian references.

Another significant change that was made was to eliminate the traditional tales from the Brothers Grimm, which play a prominent role in traditional Waldorf education. The Grimm stories are the source of many popular fairy tales such as Cinderella, Sleeping Beauty, and Snow White. In Waldorf schools, these traditional stories are used to introduce the letters of the alphabet because they not only contain many vivid images that help children remember the alphabet, but they also impart profound archetypal and moral teachings that speak directly to the soul of the child of that age. However, many of these stories contain frightful images (such as fattening children to eat them), engender damaging beliefs about parental attitudes (such as leaving children in a forest to die because parents couldn’t afford to feed them), and create narrow stereotypical portrayals (such as wicked stepmothers who abuse children).

These elements of the stories were presumably originally intended to scare children and keep them from misbehaving, but, because they also contain deep universal symbolism, they have been passed down from generation to generation. (If you are interested in learning more about fairy tales, see Bruno Bettleheim’s The Uses of Enchantment for an in-depth analysis.)

The decision to remove these stories from the Oak Meadow curriculum was made after receiving feedback from parents saying that they couldn’t read the stories to their children because they found them to be too frightening. We wanted to continue to offer stories that embodied clear images of the struggle between good and evil, and portrayed the ultimate triumph of good—concepts that young children find very meaningful. So, as an alternative, we created a collection of stories adapted from Grimm and other traditional sources.

In addition to the changes we have made in the Waldorf curriculum, there are a few areas in which we have philosophical differences, not with the Waldorf principles themselves, but with the way in which these principles are applied in the current educational and cultural environment.

Second, traditional Waldorf schools are emphatic about not teaching children to read before first grade. Although we agree teaching reading to a child before they are developmentally ready can be detrimental, we feel that there is an important difference in whether the impetus to read comes from the child or from the parent. Due to the inundation of media and printed information in our culture, many children are learning to read on their own at an earlier age than they did in previous generations. When the early impulse to read arises from the pressure of parents who are attempting to accelerate their child’s growth, this can cause problems in the child’s balanced development. However, when this impulse to read comes from the natural curiosity and awareness of the child, we have found that it does not cause problems as long as it is balanced by artistic and physical activities.

Third, Waldorf schools discourage computer use because they feel that using computers tends to overemphasize the mental faculties (head) and inhibit the development of emotional intelligence (heart) and physical body (will). At Oak Meadow, we recognize that computers and technology play an ever-increasing role in the world, so we need to integrate them into our children’s lives in a manner that respects the developmental cycles of a child’s growth. We don’t encourage computer use in the early grades at all (aside from occasional use with parents) because it takes children away from creative expression and outdoor physical activities that are very important for their balanced growth. However, as children enters into the middle years (around age 10 or grade 4), it is more appropriate for children to begin using computers occasionally as tools in the learning process, with the time spent on computers allowed to increase gradually as they get older. In a distance-learning school such as Oak Meadow, where students often live thousands of miles away from their teachers, computers offer a distinct advantage by providing the opportunity for improved communications among parents, teachers, and students.

The Best of Both Worlds

As you can see, there are some differences between Oak Meadow and Waldorf, but there are also many perspectives we share.  As in Waldorf schools, Oak Meadow students learn to knit, crochet, play the recorder, and create geometric form drawings to help them develop fine motor skills, pattern recognition, a sense of symmetry and sequencing, and other foundational skills essential for academic success. Throughout the grades, artistic expression is integrated into all academic topics. The child’s unique expression of self is honored and nurtured.

While we recognize the benefits of a traditional Waldorf education, we believe that Oak Meadow provides a unique service by adapting the Waldorf principles to the realm of homeschooling and making this rich educational experience available to families around the world.